I’ve been following Tieks for a few years now, probably ever since they came out with their gray felt model, which are gorgeous but were out of my usual price range for shoes. However, many of the women who are involved with the same business as me love their Tieks, own multiple pairs in every color, and rave about the customer service. Looking online, basically nobody has anything bad to say about them. There are reviews from women who wear them to travel all over, even on trips to Disney World. (Ok, for the record, there are some negative reviews if you search for them. But 99% of what you’ll find is extremely positive about every aspect of the product and company.) So with my favorite black leather flats* long since worn out, I decided to invest in what seems to be most people’s “starter” pair of Tieks, Matte Black.

Just a little background, if you’re not familiar with these shoes: they are known for being super comfortable, incredibly well made, come in a million colors and patterns, have pretty turquoise soles, and can fold in half in their own little bag so you can take them with you and switch them out when your heels get too uncomfortable. Oprah swears by them. Their customer service is said to be top notch, and they include a hand written note with every order.

So I placed my order on a Thursday morning, and expected to be walking on clouds by the following week. I was pleasantly surprised to receive a shipping notification by lunchtime the same day, and they were actually scheduled to arrive on Saturday! They arrived on time, all the way from California. As I had been expecting, they came folded in half inside a little cube-shaped box, topped with a big green flower decoration. I’d included a note at check-out saying that I was excited to try them after the rave reviews from the ladies in my biz. A hand written note was included in my package, but it was just a general, “Hope you love your black Tieks” message, it didn’t reference anything I’d written to them.

First thoughts upon putting them on: they were immediately comfortable, except they were so tight across the tops of my toes, and my big toes were noticeably visible. If someone told me I had to put them on and wear them somewhere right then, I would have done it and probably been fine. I wore them around the house with socks on for the morning, just to break them in a little and protect myself from blisters. But when I took them off, my feet hurt! Although the whole body of the shoe felt great, it was very tight over my big toes, to the point where they almost felt numb! And even though I’d just been sitting most of the time I had them on, the bottoms of my feet hurt like I’d been standing around. I even asked about this on Instagram, and some of the Tieks fans recommended that I try sizing up, which seems excessive, given that the rest of the shoe fits fine, and I knew they would stretch some as well. Others recommended that I just continue wearing thick socks to break them in, so I wore them all evening with the fattest, fluffiest socks I own. They were starting to feel better by the time I went to bed, though it seemed silly to have to put that much effort into breaking in such expensive shoes… (Some reviews I read mentioned having to break them in for 2-6 months!)

I e-mailed Tieks customer service and they wrote back within a couple hours, and I had a nice exchange with CS rep Erin. We determined that the length of the shoe was fine and I probably just had to wear them a little more (she hadn’t heard of it taking months, but sometimes several wears). She offered to send me the next larger size so I could compare them both, but actually by that night I could already tell that they had loosened some and were a little more comfortable, so I declined.

Thinking I was off on the right foot (pun intended), I started making my wish list for my next pair… Feather Grey, Cobalt Blue, Metallic Pewter, Silver Lake, Lilac, Tiek Blue Patent… However, even after a couple weeks of wearing with socks, they still weren’t super comfy in bare feet. Plus, some of the stitching on the inside of the sole seemed a little loose in the area where they folded, and that made me wonder about quality. I’d wanted to bring these shoes with me when I traveled to California for my conference, but I just couldn’t imagine taking them. So, back they went, and I bought an emergency pair of new shoes.** (Luckily I’d never worn them outside the house, because I heard once you’ve worn them out, they’re no longer returnable.) I requested a return address label, which Tieks sent via e-mail, they were picked up by the mailman, and I received my refund in just a couple days, no hassle.

* I love these Nine West “Blustery” flats… They are so comfy, super cute, great shape. I had 3 pairs. One I never wore so I sold them. The black leather ones I wore holes in the heels within just a couple months, so they look like trash, but I still wear them. I also have a fabric pair that I wear quite a lot that has held up really well.

** And what emergency shoes did I panic and pick up? A pair of black Gigi Point Flats by Christian Siriano for Payless. I love Payless, I’m always so pleased with everything I get there! These were cute, sophisticated, and comfy for a long day of walking and standing around.

Went to southern California last week for a conference. It was the furthest I’ve ever been from home (yes, turns out it was even a little further than when I’d gone to Mexico). Overall, the convention was great, I had fun (despite poor crowd control) and loved meeting people. I was also pretty proud of the capsule wardrobe I packed and being able to fit everything into one carry-on bag. 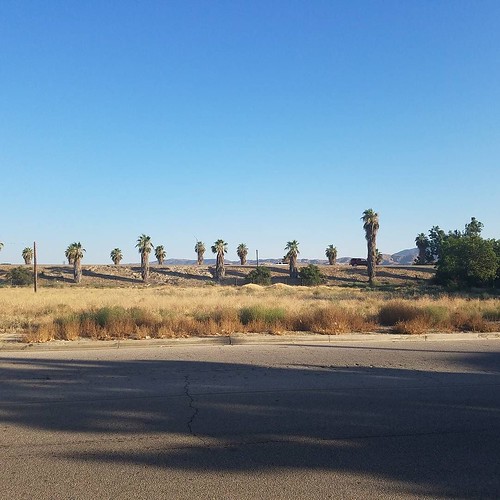 Something I learned about the Los Angeles area: when they give the weather forecast on TV, they actually have to give five different forecasts for all the different climates: beach, downtown, mountains, valley, and desert. We were about an hour east of LA and I was not expecting it to be as mountainous there as it was. Besides the landscape and use of Spanish style architecture, it was pretty much like home, though – lots of traffic and strip malls, lol!