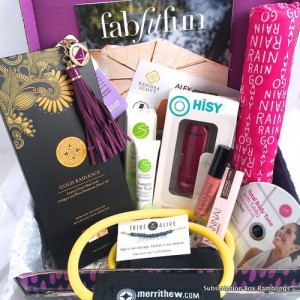 Once again, FabFitFun has put together a really nice box! This is probably my favorite one yet, with the most items that I will really use! Even the box itself was cute and fun, with a pretty purple raindrop design by illustrator Kelsey Oseid.

The FabFitFun Fall 2015 box contains over $357 in product, and can be yours for only $50 – $40 if you use my code! If you have an extra few bucks a quarter that you were probably going to end up spending at Target anyway, why not treat yourself to a fun surprise? ;o)
Photo borrowed from Subscription Box Ramblings – check out her post for tons more pictures! 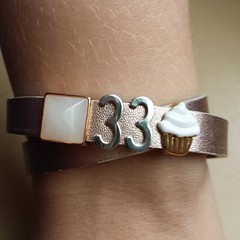 My birthday was this past Saturday, and I had so many plans for the weekend! Everyone was asking me what I was doing for my birthday, and of course I happily shared the whole run-down of events. I should have known not to plan ahead!

Thursday:
What was supposed to happen – work, have lunch with friends, go to a Phillies game with GG and his parents.
What actually happened – My day at work was nice, I was greeted with some cards and gifts from coworkers, which was really thoughtful, we don’t always do that :o) Went out to lunch with a couple of friends. One of my good friends, who I’ve worked with forever, found out she was getting laid off :o( It’s actually not a horrible thing, she’s been miserable in her current position, the commute is horrible, and she has two young kids. She will easily find another job that’s closer to home and/or more flexible. And she’s getting a great package from our company. Anyway. It was pouring rain by evening, and since I’d said I would go to the baseball game if it was nice out, I wasn’t going. Nobody else wanted to use my ticket, either. I stopped by GG’s parents’ house to drop off a phone charger for him, then he went to the game with his parents (which was rained out) while I went to visit my grandmom. (My in-laws had a little disaster of their own – their power had gone out for a couple days and all the food in their freezer melted and then re-froze while they were away. They sat things on top of their stove while cleaning out the fridge, and then almost started a fire when the stove was accidentally turned on! Then there was something about a hole in a bottle of hot sauce and sauce spraying everywhere.) I went home and actually got a lot of stuff done while GG went to the baseball game, had dinner, game was rained out, he came home. While he was outside getting ready to take the trash out, he slipped and fell, twisting his ankle pretty badly.

Friday:
What was supposed to happen – I was going to make dinner at home, then we were going to go see The Visit.
What actually happened – GG’s ankle was swollen really badly and he couldn’t put any weight on it, so I took him to urgent care. Luckily we were the first people there when it opened and we got in right away. They did an x-ray, and nothing is broken or fractured, hooray! They gave him a giant plastic boot to stabilize his ankle so he could walk on it, but of course it’s his driving foot and he can’t drive with that thing on (or with his ankle so sore). So I drove him to work, came back to work from home, picked him up, made dinner, friend came over just as I was pulling it out of the oven, let GG eat while I was with her, ate my dinner cold. 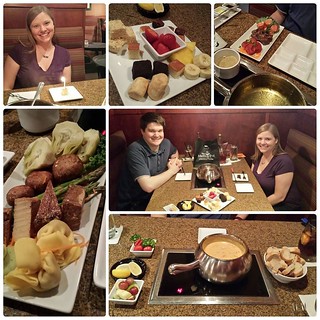 Saturday:
What was supposed to happen – spend the day in New Hope, have a nice b-day dinner at Hearth.
What actually happened – We stayed home so GG could rest his foot, then went out to dinner at the Melting Pot, which was nice (and they gave me a special card and a piece of cake with a candle), and then we went to see The Visit. We got a good spot on the end of a row where GG could put his foot up on a railing. Of course the theater was all the way at the end of the hall, but on the plus side, it was near the exit door, so GG just stepped outside and I came to pick him up in the car. Oh and the movie was very good, nice return for M. Night Shyamalan. I recognized the town they filmed in, which is always cool. Very suspenseful, and good twist – not what I had predicted!

Sunday:
What was supposed to happen – go to the Oddball Comedy Fest in Camden with a friend (and possibly meet up with some other friends there.
What actually happened – Well, we had tickets, and our one friend was counting on us for a ride, so we still did go. 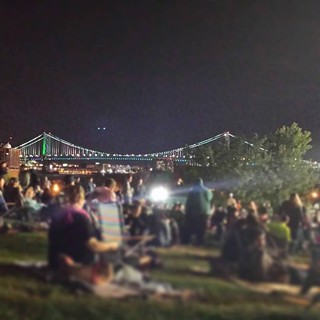 GG actually did pretty well hobbling all the way from the parking lot to the venue; walking around during the opening acts on the side stage, sponsor booths, and getting dinner from a food truck; and getting up a giant staircase to watch the headliners from the giant sloping lawn. By the time we walked all the way back to the car, though, I could tell he was really in pain. Hopefully all that walking around didn’t set him back too far in his recovery. In general, the show was good, though we were sitting so far away I could barely see the giant video screens, let alone the actual comedians standing on stage. We got cheesesteaks from Philly’s Finest Sambonis, which were pretty good, but their management of the crowd and keeping track of orders was just ridiculous. Unless there was nobody else around, I would not eat there again. We missed an entire act of the show, and if I’d paid any more for those lawn seats than I had, I would not have been happy. Also, I feel like some of the comedians were playing it really safe with material. My imaginary boyfriend John Mulaney, for the first time that I’ve seen him live, did all material I’ve seen before. He also apparently forgot that he’d been back in Philly since he’d been married. He seemed very excited to pull out his Donald Trump bit again, though!