This has been a really tough month, understandably, but it’s had ups and downs. Some of the ups: 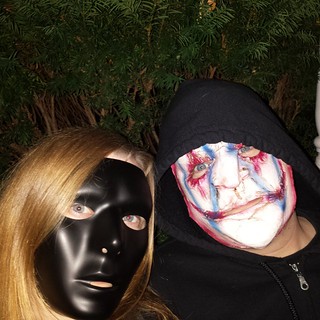 This year’s Conference was so much nicer than last year’s. I liked the way things were organized better, I was with a better group of people, and we were in a better city. I’m not even going to talk about the conference itself, because, whatever. The highlights of the trip for me took place outside of the events!

I’m sure I’ve forgotten some things, but those were the main highlights. We’re already planning our return trip next year! I hope next year I’m able to see more of some of the different areas of the town and try some other restaurants and stuff (it’s hard when you’re traveling with one very picky eater and one person who can’t eat much or walk far due to a medical condition). 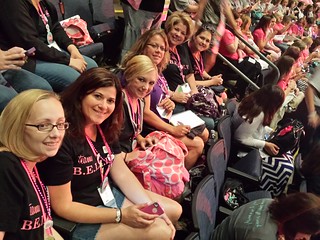 This has been an extremely busy summer, due to some things that were going on personally, and some things going on at home. I actually apologized to the owner of my gym the last time I saw her – all my free time has been spent on these other projects, so I’ve been lucky to get there just once a week for yoga!

At work, I’m on this committee meant to plan team meetings, and provide engagement opportunities for the people in our department. (I call it the Party Planning Committee, but it’s actually more involved than that.) We had a quarterly all-site videoconference at the end of June, and someone had the idea that I should make a viral video to illustrate these virtual meeting best practices we’d come up with. Also, we wanted to do a potluck lunch on-site the same day, and guess who was in charge of organizing that? Well, both tasks went great! I wrote up a general script but had an amazing team of actors who really put their own spin on things and made the video hilarious! I took a couple days to edit it, and everyone loved it! Our potluck was also a really nice time, and everyone said it was one of the better “networking” activities we’ve done. And, with my friend JK about to go out on maternity leave, we threw a little baby shower for her, which was also a hit!

For the first time in a long time, I was free on the 4th of July, so J and R came out with their boys and checked out the little carnival my town had set up this year. We didn’t stay for the fireworks, but the weather was beautiful and I really just wanted some funnel cake. Plus it was nice to hang out with friends, and baby J is so cute! (A woman passing by as I held him said, “Oh he is such a little bubble!”)

GG and I had the opportunity to go to New York City for the day – then the opportunity didn’t work out, but we decided to go up anyway! I get free admission to a bunch of museums and stuff thanks to my employer, so we took the subway, walked through Central Park, spent a few hours at the Met Museum, and then got dinner at a place I found online, Cafe D’Alsace (surprisingly generous cheese portions!), before going back through the park, getting the subway back to the bus, the bus back to the car, and driving home. It was a little warm, but overall a really nice day.

Not content with one cheese board in a week, we took the train in to Philly a couple days later to use up the rest of the Tria gift card GG gave me for Christmas. This time we went to their Wash West location, and I think I like it more than the Rittenhouse one! It’s just as easy to get to from the train (maybe easier) and slightly larger and less cramped. Also they have a waiter who looks like Dave Navarro (?).

In the next couple weeks, a lot of the craziness should be over… until new craziness begins, I’m sure. But hopefully we’ll at least get to enjoy the end of our summer!